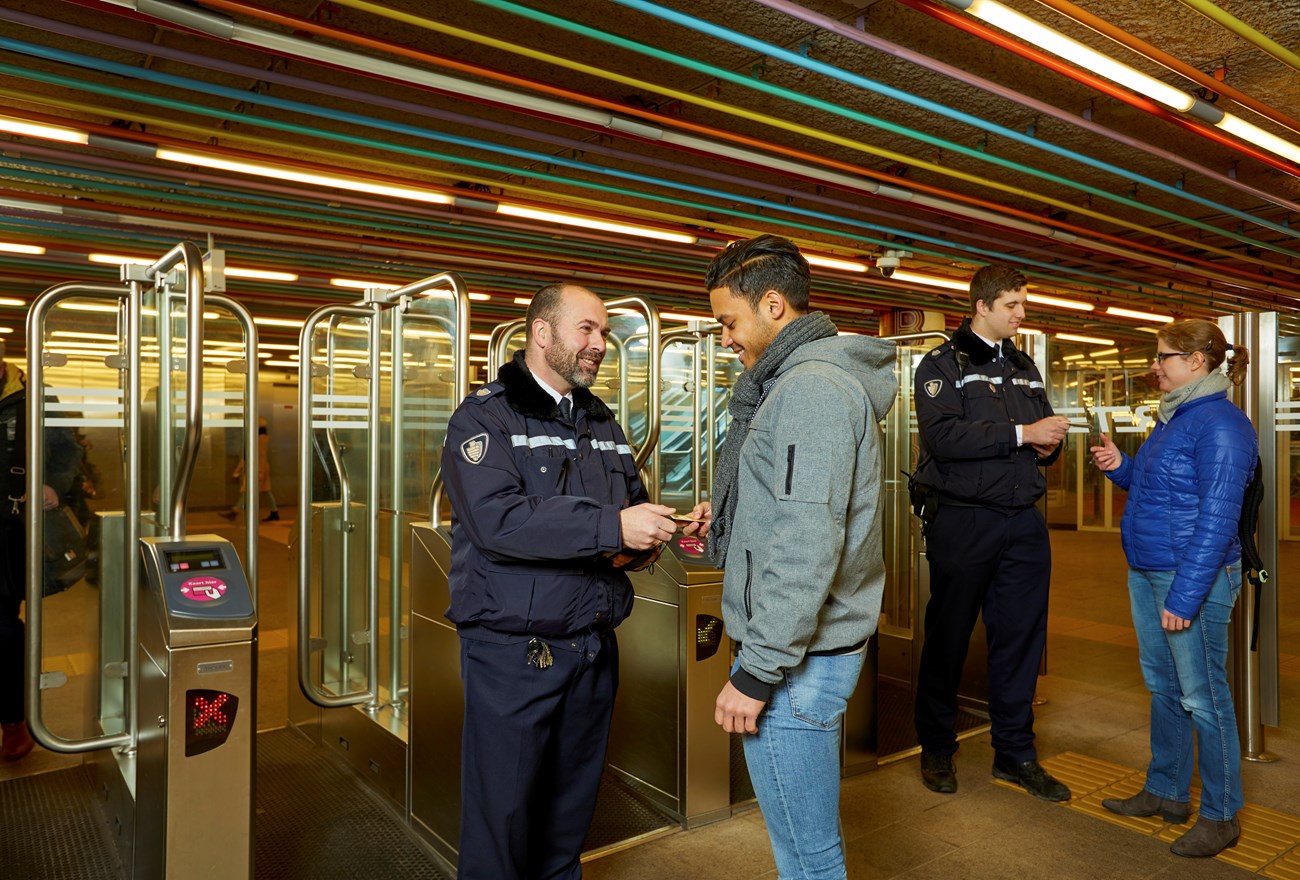 Bringing passengers quickly, comfortably and safely to their destinations. At RET, this is what it's all about. Hundreds of employees are standing by every day to make sure you have a safe and relaxing journey. They do this by focusing on good service – and, when needed, on de-escalation. RET employees receive effective annual training and cooperate closely with police and city officials. We also make use of various technologies such as metro gates, bodycams and video surveillance.

Safety is human work. Quite a few employees play a role in ensuring the safety of your journey. Not only the bus, tram and metro drivers, but also those with a supervisory role such as inspectors, conductors, public transport surveillance officers and service staff. They play an important role in the perception of safety in and around stations, at stops and in our vehicles.

It is important that you feel safe, even late at night when there are few people around. Thousands of cameras at the stations and in every vehicle help us keep an eye on things. RET registers and analyses incidents, Making it possible to take targeted measures, such as deploying special investigating officers (known as BOAs) at locations where fare-dodgers often board. In addition to conductors on the tram, there are also public transport surveillance officers keeping watch in the metro.

As a company with close ties to the city and region of Rotterdam, we pay close attention to local issues and events. We also cooperate closely with municipal authorities, the Public Prosecutor and the police. On the E line, we cooperate with the Hague-based transport company HTM. Additional staff is deployed on holidays and during events to keep the public transport running smoothly.